Amsterdam has many sides to show to those who arrived there. And it is not only museums, canals and the red light district that tourists come here for. If you go to Amsterdam for partying, clubbing and socializing, the city has a lot to offer you. The main clubs are concentrated on the Rembrandtplein and Leidseplein, in the heart of the city, as so do the most of its hotels. That is why you won’t get a headache with finding a place to stay at after a night of fun and dancing. Here is the list of hotels close to the city’s most popular clubs.

NH Schiller. From €124
NH Schiller has a location that will be to the liking of many tourists: directly on the Rembrandtplein, or the Rembrandt Square, with easy access to the Anne Frank House, the Van Gogh Museums and many other places of interest. But it is not only cultural sites that this art deco building invites you to visit. One of the city’s most popular nightclubs, Studio 80, is also found here, in the bustling centre of Amsterdam. This is one of the hippiest places chosen by the trend-setting techno music lovers. And if you want some intellectual development, there are even seminars and workshops organized. 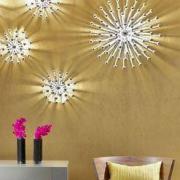 The five-star internationally-branded Amsterdam Marriott hotel is perfect for a sightseeing tour that starts at the Leidseplein. Include visits to the Van Gogh Museum and the Rijksmuseum in your cultural programme, and in the evening you can go socializing to the exclusive Club Up which is open to the general public on Thursdays, Fridays and Saturdays. The place is a bit eccentric, but cosy and intimate. The first floor is the base for the artistic society De Kring. Club Up is also known to host afterparties for such events as the Fringe Festival and the Amsterdam Dance event.

Best Western Leidse Square. From €129
The three-star Best Western Leidse Square is, as seen from its name, located very close to the already mentioned Leidseplein, and just around the corner from the Vondelpark, if your soul needs some rest after a rich partying night. It is rather close to the Club Up, but if you want some variety, there is another club to visit close by – the underground-style OT301 which serves as an alternative culture centre. The music played is mainly dubstep, drum’n’bass and acid house. But apart from that, there are many artistic events, including workshops, concerts and film nights organized at the OT301. The club is also the proud owner of the Amsterdam Prize for the Arts.

NH City Centre. From €89
Choose NH City centre if you are looking for lower rates and stunning views on the Singel Canal. To continue your cultural experience in Amsterdam, visit the famous flower market, the Anne Frank House and the Dam Square while mingling with other guests is easy at the internationally-famed Supperclub. The club has a 20-year history and is the spot to dine and dance. Nowadays the place is mainly visited by glamorous public and solvent tourists, however, you are also welcomed to the club if you want to discover some of the most talented DJs in the city. If you need a more luxurious accommodation in the area, you can book NH Grand Hotel Krasnapolsky or Sofitel the Grand as an alternative.

Dikker & Thijs Fenice Hotel. From €124
The historic Dikker & Thijs Fenice Hotel invites you to discover the famous canal district as it boasts location directly on the charming Prinsengracht Canal close to the numerous central city sights. And if you want a night of clubbing, go to the Club Up or the Sugar Factory. The latter is the former theatre where art and performance meets dancing and techno music. This is a favourite spot for the Wicked Jazz Sounds performances and if you are a fan of electronic music, the Electronation night is the event not to be missed.

Mercure Hotel Amsterdam City. From €83
if you came to Amsterdam not for clubbing, but for one of the major events organized in the city, for example, a concert, you will definitely want an accommodation in the Zuidoost (or the Southeast) district which is a home to important concert venues like the Ziggo Dome, Heineken Music Hall and Amsterdam Arena. The closest hotel we can suggest you here is Mercure Amsterdam City, which is also just 5 minutes from the famous business venue – RAI Convention Centre. A big number of rooms (368), great views over river Amstel and relatively inexpensive accommodation make it a popular place for those who come here on special occasions. 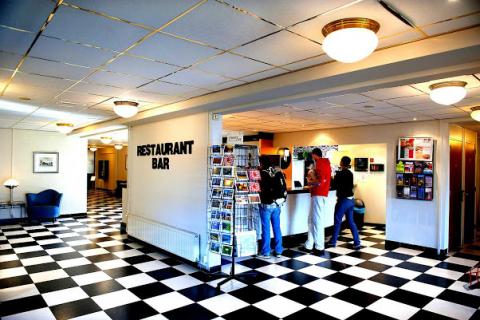 Tulip Inn Amsterdam Riverside. From €86
The recently renovated Tulip Inn Amsterdam Riverside is great for both a business trip and a concert visit due to its location not far from the business district and such important venues as the Heineken Music Hall and Amsterdam Arena which are only around 3 kms from here. Those who want peaceful atmosphere will like the fact that it’s standing on the bank of the river Gaasp. And if you arrived by car, there is a free parking available.

In conclusion, the main Amsterdam clubs are found on Rembrandtplein and Leidseplein while its concert venues are situated in the Zuidoost. Most hotels found in the historic centre are 4-5 stars, that’s why their prices start mainly at €100. For a cheaper variant of those, choose NH Schiller for €124, Best Western Leidse Square for €129 or NH City centre for €89. The more luxurious variants are found at Amsterdam Marriott (from €239) hotel. Hotels near the Ziggo Dome and Amsterdam Arena offer rooms for lower prices, from €83. These are Mercure Amsterdam City and Tulip Inn Riverside.