Amsterdam off the beaten track: more than just standard sights

Amsterdam off the beaten track: more than just standard sights

The free-loving and unconventional character of Amsterdam is demonstrated through many things, from legislation to its architecture, modern art and of course, the choice of things to do. Tired of standard sightseeing? Well, there is still a lot to discover in Amsterdam. The list of unusual attractions, museums and sights is great. So whenever you want to look at Amsterdam from a different perspective, you can head to one of the museums that stand off the beaten tourist track. We tell you about those in our article.

Schreierstoren. Prins Hendrikkade 94-95
Let’s start with something historic. Schreierstoren, also called the “Weeping tower”, is a defense tower built in the 15th century as part of the city wall. The sight is told to be the point where sailors’ wives were weeping over their husbands’ departures. There is even a story about a woman who was grieving so much that she finally went insane (this one’s depicted on a tabled dating back to the 16th century). But you must also know that apart from the hugely romanticized tower’s image and stories that are questionable, the tower did play its part in the world history. It is from here that the English explorer Henry Hudson set sail for a journey to Northern America during which the island of Manhattan was discovered. Nowadays the tower houses a café and a captain’s room that can be booked for private parties and events.

Hotels near the Schreierstoren: 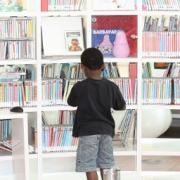 Amsterdam Public Library. Oosterdokskade 143
This might not seem as an exciting place to visit, but in fact the Amsterdam Public Library is not just a gathering point for the bookworms. The futuristic-looking building designed by Job Coenen is also the right place for those who appreciate inspiring interior designs and panoramic views. Spanning over 28 thousand square meters, the library houses over 25 kms of bookshelves and a huge collection of CDs, DVDs and much more. For those who want a change in their pastime there are also a 270-seat theater located on the library’s 7th floor, a terrace and a restaurant with stunning views found on the building’s top floor. And, finally, the Last Minute Ticket Shop which sells tickets considerably cheaper compared with the prices at the city ticket shops.

Hotels near the Amsterdam Public Library:

Museum Ons' Lieve Heer op Solder (Our Lord in the Attic Museum). Oudezijds Voorburgwal 40
The “Our Lord in the Attic Museum” is truly a hidden Amsterdam gem that lies in the attic of a canal house and has its story to tell.  The church appeared in the 17th century, during the Reformation when the Catholics were not allowed to hold their masses publicly. The Amsterdam governors, however, turned blind eye to the masses, provided those were hidden from the publicity and the churches were not visible from the outside. The focus of the museum is the 18th century organ that stands opposite the altar and is still played occasionally. The beautiful church decorations and works of art are also worth seeing. Take an audio guide (available in English, German, French and other languages) to make your visit more educational.

Hotels near the museum:

Katenkabinet (Cat Cabinet). Herengracht 497
Dog fans and breeders – beware of cats! Yes, they are everywhere at the Cat Cabinet – the museum within the 17th-century canal house entirely dedicated to cats and their role in culture and art. Paintings, sculptures, lithographs, posters, photographs and many other cat-themed pieces can be found at this museum, which was opened in honour of the founder’s cat J.P.Morgan (named after a famous banker!). There are works by Picasso, Toulouse-Lautrec and Rembrandt represented at the museum along with the other paintings. By the way, this canal house can also be seen in the “Ocean’s Twelve”, so the movie fans will probably also find a visit to the museum pretty interesting.

Hotels near the Cat Cabinet:

Houseboat Museum. Prinsengracht 296 K
With such a rich naval history and the popularity of canal tours in Amsterdam it would be wrong not to have a houseboat museum. As you might know, there are houseboat homes, houseboat hotels and even a houseboat flower market (the famous Bloemenmarkt) found in Amsterdam. The owner of this houseboat, Hendrika Maria, decided to open its boat to visitors to give them a better understanding of what it’s like to live in a house like this. You’ll find the answers to the basic questions like: how is the boat supplied with electricity and water? Where does the waste water go? Is it warm and comfortable to live on a boat? Isn’t it too damp? Built in 1914 as a freighter, Hendrika Maria was transformed into a houseboat in 1960 and nowadays welcomes all the curious tourists on board. You can also get better acquainted with a houseboat life by spending a few days in a houseboat hotel in Amsterdam. One of those is Amstel Botel 3* which is moored next to the former NDSM shipyard.

Hotels close to the Houseboat Museum: 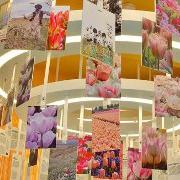 The Tulip Museum. Prinsengracht 116
Another must-visit museum that for some reason stands off the main tourist path is The Tulip Museum, the best place to celebrate the beauty of tulip and buy one for yourself or as a gift. Seven galleries and a theatre tell the fascinating story of the flower through art objects, films, artifacts and themed exhibitions. Even though the theme might not interest all of you, there are still many curious facts to discover. One of those is the so-called Tulip mania, an episode in the 17th century when the prices for tulip bulbs became sky-high as people were trying to make their fortune on the flower sale. The museum enjoys a wonderful location on the historic Prinsengracht canal, minutes from the Anne Frank House.

Hotels near the Tulip Museum:

Sexmuseum. Damrak 18
With the Red Light District being one of the main tourist attractions of Amsterdam it comes as no surprise that there is a whole museum dedicated to sex found in the city. Located in the Red Light District minutes from the Centraal Station, the “Venustempel” is known to be the first and the oldest sex museum in the world. The list of exhibits is quite predictable: pictures, photographs, objects, recordings and other objects telling us about sex, its history and representation in art. You’ll learn that the most natural and the most private thing in the world is at the same time the most well-documented thing too. It’s good to know that there is something educational found even in such an area as the Red Light District.

The Hash, Marijuana, and Hemp Museum. Oudezijds Achterburgwal 148
This is another educational establishment in the Red Light District and, like the previous place, it’s not a typical museum for the whole family. The Hemp museum covers all the aspects of cannabis planting, producing and smoking. But frivolous as this museum might seem, its attitude towards the subject is really serious. Learn about the history of cannabis use (and not only smoking), marijuana production, smoking methods and much more. There is even a small greenhouse found on-site for those who’ve never seen cannabis first-hand. Seeds are sold by the Sensi Seeds next-doors.

Hotels near the Hemp Museum: