Five ideas for a family trip to Amsterdam

Five ideas for a family trip to Amsterdam 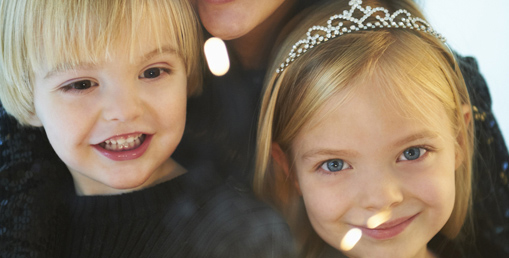 Contrary to its reputation of a city with adult-only entertainment, Amsterdam has lots of things to do for guests of any age. And we don’t mean museum visits only. In fact, if you have a closer look at the city’s cultural and entertainment scene, you’ll learn that Amsterdam has a lot to offer to its younger guests. A canal tour, a walk in a park and museum and gallery visiting are perhaps the first things that come into your mind. But we’ve got some more ideas on how to entertain your kids without feeling bored yourselves in Amsterdam.

The most exciting ideas for your Amsterdam family visit

Discover the world’s nature at Artis Royal Zoo
Of all the things you can do in Amsterdam with your kids, a visit to Artis Royal Zoo is a must. It’s the first and the oldest Zoo in the Netherlands, opened in 1838. Located right in the city centre, the Zoo occupies an extensive 14 hectare territory and boasts as much as 900 animal species. Animals from all the world’s continents, coral reefs at the Aquarium, beautiful butterflies at the Butterfly Garden… your children will leave the Artis full of new knowledge and impressions. If they long to feed and caress the animals, you can take them to one of the local Petting Zoos, like the Bijlmerweide in the Bijlmer district or the Goat Farm in Amsterdamse Bos.

Explore the world’s marvels at the NEMO Science Centre
If your kids show interest in science, you can’t think of a better venue than the NEMO Science Centre. Again, the most important venue of its kind in the Netherlands and actually the fifth most visited museum in the whole country. Five floors of this impressive building house thrilling hands-on exhibitions that allow you not only to learn some facts, but to see how the laws of science work in practice. You and your offsprings will become explorers and scientists for one (or even more) day. There is also a choice of event spaces and a terrace overlooking the harbor found on NEMO’s territory. By the way, this museum also has its branch at the Schiphol Airport.

Hotels near the NEMO Science Centre:

A scary tour for the brave children at the Amsterdam Dungeon
If your kids are over four (or better even older) and aren’t too sensitive, you can take them to the Amsterdam Dungeon to learn the scary stories of the 17th century Netherlands. A troupe of period-dressed actors will guide you through the Dungeons, telling about the tortures, witch burnings, inquisitions, infamous criminals and more. A special programme is waiting for those who come to the Dungeon during the Christmas – New Year’s holidays (13th December – 5th January).

Hotels near the Amsterdam Dungeon:

Try your hand at cooking at the Kinderkookkafe
If you think your child is ready for more independence and can try his/her hand at cooking dishes that you won’t be afraid to eat, invite them to the Kinderkookkafe. This small enjoyable restaurant at the edge of the Vondelpark could be a great ending of your stroll around the Amsterdam’s most famous green area. Kids choose ingredients and cook cakes and cookies on their own, serve their “clients” and even do some cleaning afterwards. That’s a nice way to involve them into routine work usually done by the grown-ups.

A Christmas tram tour around the city
Those visiting Amsterdam on Christmas will definitely like this Christmas tram tour organized by the Museum tram line. The tour is available for two days before Christmas, December 21st and 22nd, and two days before the New Year (December 28th and 29th), so hurry up if you want to get the tickets. Historic trams departure at 2 pm from the Haarlemmermeerstation and drive you past the Olympic stadium and the Amsterdamse Bos to the Amstelveen municipality. You will also enjoy seasonal drinks and snacks during this excursion. Don’t have the chance to visit these tours? Don’t be upset! There are other tours available throughout the year. Visit the Electrische Museumtramlijn Amsterdam site for details.

Other things to do in Amsterdam with your family

Don’t forget that Amsterdam is also the city of rich history, culture and beautiful canals. That’s why a tour around the city museums and a canal tour are highly recommended if you want to get an insight into Amsterdam’s past.

Many museums offer special family-oriented programmes, such as the family programme at the Rijksmuseum and educational programmes for children at the Jewish Historical Museum.

If you’re visiting Amsterdam on Christmas, don’t miss the highlights of the Amsterdam Light Festival that takes place December 6th 2013 – January 19th 2014. A visit to the skating rinks at the Leidseplein and Museumplein and Christmas shopping at The Albert Cuypmarkt and Bloemenmarkt must also be included in the family entertainment list.