One of the main things that many tourists go to Amsterdam for is to see the beauty of its historic canals, enjoy a boat tour and discover the city from a different angle. Truly, the Canal Ring defines the face of Amsterdam. Built with practical purposes and as a result of thorough planning combined with hard work, the Canal Ring has grown into the main attraction of Amsterdam and the area that boasts beautiful architecture that breathes with history. There are four canals most popular with the city guests: Herengracht, Prinsengracht, Keizergracht and Singel. The first three were dug during the Dutch Golden Age in the 17th century. Singel appeared even earlier – in the 15th century, but initially served as a moat. The historic 17th century Canal Ring is included in the UNESCO World Heritage List. The hotels that are lucky to be located near those canals are the true sights themselves and enjoy a great amount of guests.

What to see and to do at the Canal Ring

As 2013 is the year when Amsterdam Canal Ring celebrates its anniversary, you cannot think of a better time to visit the city and enjoy accommodation at one of its canal hotels. There are many sights to visit in this area, including the Rembrandtplein, or the Rembrandt Square which is not far from the Herengracht, the Bloemenmarkt and the Red Light District standing on Singel, Anne Frank House, Noorderkerk (the Northern Church) and the Noordermarkt (or the Northern Market), among others. You can take a boat tour to get to these attractions or get to them by tram.

This year lots of events will be organized to celebrate the anniversary of the Canal Ring. But it is not only 2013 when you can visit some events on water. Each April the city celebrates Queen’s Day and August is the time for the Gay Pride parade.

Staying at the Amsterdam canals

A stay at the hotel next to one of the city’s canals is one of the most desirable experiences for many tourists that arrive to Amsterdam. Luckily, there are many historic buildings, including the canal houses, standing by the canals. And a great deal of those is occupied by hotels. 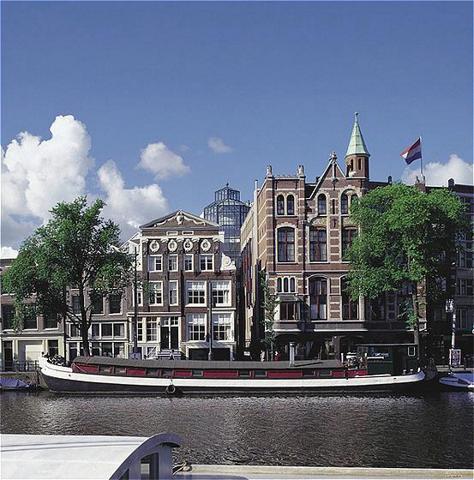 If you are looking for an inexpensive hotel with great location, go to Eden Hotel Amsterdam. This hotel stands next to the famous Rembrandt Square and can offer you several rooms overlooking the Amstel river which, by the way, gave the name to the city of Amsterdam. The small fishing village Amstelredam – that’s what Amsterdam was in the beginning. You can also organize your event or a conference at the hotel. But in short, Eden is suitable for those looking for:

If you want something more historic and prestigious, you cannot find a better place to live in than the 4 star hotel The Dylan. It occupies a charming historic building right on the Keizergracht canal, has comfortable rooms with curious design and great views, and a Michelin-starred restaurant. The unbeaten benefits of the hotel are:

The four star NH Amsterdam Centre hotel invites you to the heart of the lively Amsterdam which beats on the Leidse Square. This is a fashion and a nightlife district which attracts the youth and those who love to mingle with the other city guests as well as its citizens. There are some popular nightclubs found here. Some other attractions such as the Vondelpark, the Heineken Brewery and the Rijksmuseum are also in a walking distance. The Singelgracht canal is also next door. Book this hotel if you want to enjoy:

Ambassade Hotel 4*.  It seems that The Ambassade was simply created to inspire. The hotel’s location within ten 17th century canal houses, 8 of which overlook the Herengracht and 2 – the Singel, is perfect to enjoy the beauty of historic Amsterdam. Inside you will find a one-of-the-kind interior that combines the old time charm with modernity. Pieces of art by the Amsterdam Impressionists and members of the avant-garde Cobra movement decorate the walls.