Why spend hot summer days in stuffy indoor venues, when there is a whole new world of exciting outdoor events waiting for you in Amsterdam? The arrival of July means more music fests, outdoor theatre events and artistic fairs in the city. Add some fun to your standard sightseeing tour this month! Check our list of best July events in Amsterdam below.

Best events to visit in Amsterdam this July 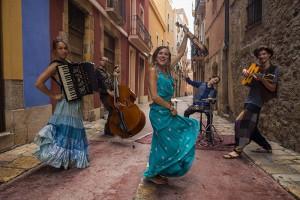 Most of us are used to the fact that American pop defines the world music map. But the Roots Festival arrives with one important message: it’s time to discover the world cultures and get to know the world music genres better. Every year the festival brings dozens of talented musicians from around the world to several locations in Amsterdam. The most important of those are Melkweg and Paradiso. Prepare to dance to the fiery Latino sounds at the Fiesta Macumba, join the Balcony Players and their gypsy rhythms, discover the reggae roots at the Black Uhuru show, or even plunge into the psychedelic sounds of Malian music. Indoor events will be followed by the Roots Open Air, which is also focused on international music. The outdoor part of Amsterdam Roots takes place at Park Frankedael and is free to enter.

Hotels near Melkweg and Paradiso:

Over Het IJ Festival. 2 July – 12 July 2015. NDSM wharf
The most thrilling theatre event in Amsterdam, Over Het IJ Festival arrives to the grounds of the NDSM wharf every summer. Taking place 2nd to 12th July 2015, the 23rd edition of the festival will become a perfect meeting spot for artists, producers, theatre fans and everyone interested in innovative art. Young authors and established names are represented, while the list of events includes something more than just theatre performances. Visual art, interactive installations, DJ sets and delicious food will set the mood for further cultural discoveries in Amsterdam. The most popular part of the event is the Container Program: shows of all kinds and genres are performed right inside shipping containers. This indeed adds a touch of creativity and non-conformism to the festival.

Mercedes-Benz Fashion Week Amsterdam. 3-13 July 2015. Various locations
Every fashionista in Amsterdam knows her must-visit event for July, and it’s the Fashion Week. New tendencies in fashion and upcoming trends are to be discovered at various locations around the city, with the most important one found at the Westergasfabriek. You’ll be able to see one of the numerous catwalk shows live or during the online streams. For fashionable culture vultures, the best part of the event is the 10 Days Downtown, hosted at 10 cultural venues around the city. Each event must communicate the flair and the main idea of the location. This year the downtown Fashion Week spots are: Melkweg, Nationale Opera, Het Ketelhuis, art’otel Amsterdam, Van Gogh Museum and others. 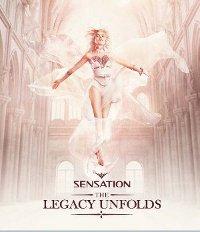 The Amsterdam-born event that has become an international phenomenon celebrates its 15th anniversary this year. And if you’re an electronic music fan, you just cannot miss it, because they promise something really special. “The Legacy” edition absorbed the best of what had happened at Sensation throughout the years, presenting you an impressive programme that features best DJ acts. Laidback Luke, Sander Van Doorn, Bakermat, Oliver Heldens, Fedde Le Grand and of course Mr. White. Don’t forget to bleach your white garments, and… see you at Amsterdam ArenA, where it all started! Also keep in mind that Sensation partners with 10,000 HOURS, a Dutch foundation that promotes voluntary work. Buying a Sensation ticket in advance, you donate € 0,25 to the fund. Learn more at the event site.

Electronic Family. 18 July 2015. Amsterdamse Bos
If a visit to Sensation does not slake your thirst for dancing and music discoveries, visit the Electronic Family – a huge trance event that brings some very important names to the grounds of Amsterdamse Bos. Paul Van Dyk, ATB, Cosmic Gate, Markus Schulz, Orjan Nilsen are of course the names you are well familiar with. But the festival line-up is much wider. DJs and bands will perform on several themed stages, the most important of which bears the name of the event – Family Stage. The festival also celebrates a small anniversary this year, as it’s held for the fifth time. Don’t miss the chance to walk around the green oasis of Amserdamse Bos while visiting the Electronic Family fest. The location is pretty remote from the center, so better think about transportation in advance.

Music is undeniably the centerpiece of Amsterdam life in summer. But unlike the rest of music events, Milkshake has a certain message: respect for people regardless of their colour, sex and beliefs. Bringing the ideas of tolerance and love through music and performance art – that’s what the festival is all about. Organized by two of the most prominent concert spaces in Amsterdam – Air Amsterdam and Paradiso, Milkshake hosts a great number of DJs from across the globe. The UK, US, Belgium, Russia and France are all participating. Join the late-night afterparty if you can’t get enough! As with the most outdoor summer events, the festival takes place in a green area. The lush grounds of the Westerpark are perfect for sunbathing and picnicking if you’re tired of the loud noise.

Hotels near the Westerpark: 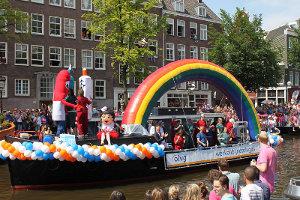 The most free-loving party for the most tolerant city in the world. That’s what you could call the Gay Pride Parade. This is a significant event for gay community that crosses the boundaries of one country, gathering crowds of visitors from all around the world. Numerous events, street and club parties are organized as part of Gay Pride. But the most important of those is the colourful, lively and frivolous Canal Parade. The floating parade starts at the Prinsengracht, goes past the Magere Brug and makes its final stop at the Oosterdock. Be sure to visit the Drag Queen Olympics at the Westermarkt and the festival’s closing event – the Pride Closing Party at the Rembrandtplein.

Hotels near the Magere Brug:

Artzuid 2015. Until 22 September 2015. Amsterdam South
For a change in activity, visit ArtZuid that takes place in Amsterdam South area twice a year. The summer edition of the sculpture festival will be there from 22 May until 22 September. 73 sculptures by international artists were chosen by Rudi Fuchs, formerly the director of the Stedelijk Museum. The 2,5-kilometer route will take you around the masterpieces by Georg Baselitz, Tony Cragg, Jaume Plensa, John Chamberlain and other acknowledged masters. A visit to the Stedelijk Museum will be a perfect start for an acquaintance with the world of sculpture. Take part in guided tours to get the most from your visit (reservation is available at the event site).

Hotels near the Stedelijk Museum: