8 Must-visit events in Amsterdam this March

8 Must-visit events in Amsterdam this March

New season means new adventures! And if you’re lucky to be visiting Amsterdam during the first month of spring, March, you’ve got a whole bunch of events to attend. Apart from music concerts, culinary festivals and curious exhibitions, there is one thing that you definitely shouldn’t miss while visiting the city – the opening of the Keukenhof Garden, the green heart of the Netherlands. This is the world’s largest flower garden that’s located not far from Amsterdam (in Lisse) and is easily reached by bus.

But let’s find out what exactly is happening in Amsterdam in March 2014.

8 most curious Amsterdam events in March 2014 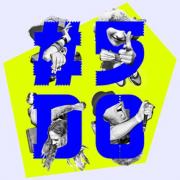 5 Days Off. 5 – 9 March 2014
Amsterdam is known for its club scene, among the other things. So whatever month you’re traveling to the city, you’re most likely to find some great electro music festival taking place there. March kicks off with the 5 Days Off festival, which presents a whole list of well-known and up-and-coming performers at the Melkweg and Paradiso clubs, and De Balie culture centre. This year’s lineup for the festival includes Darkside, Nils Frahm, Julio Bashmore, Collabbs 3000 and many others. There is also a cultural programme presented which features exhibitions, films and other events.

Hotels near the festival locations include:

National Restaurant Week. 7 – 23 March 2014
If you call yourself a real gourmand, it’s you primary aim to be in Amsterdam during the National Restaurant week, which is actually held for the whole 2 weeks. This biannual event makes your dinner at more than 1000 best restaurants in the Netherlands, including the Dutch capital, much cheaper. Participating restaurants offer a special 3-course dinner for a fixed price of €27,50! Even the Michelin-starred restaurants participate, but those will charge an additional amount of €10 for a star. Anyway, that’s a great opportunity to visit the restaurant that’s normally too costly for you. Visit the event website to learn about all the participating restaurants.

The participating hotel restaurants are:

A flea market is something that every Amsterdam guest hunting for authenticity must visit. You’ve definitely heard of the Albert Cuyp, Nieuwmarkt, Noordermarkt and other markets. Now you must know that the IJ-Hallen market in the Noord district, which is held for two days only, is the largest market in Amsterdam. Around 750 stands offer you products from private sellers and second-hand items. There is a spacious free parking at the NDSM ferry for those who arrived by car. The entrance fee is €4,50 for grown-ups.

Hotels near the IJ-Hallen flea market:

Gouden Kabouter Awards. 17 March 2014
The Gouden Kabouter (“Golden Gnome”) awards is a dance music event for those who want to know who’s the best on the club scene of Amsterdam. Actually, it’s a festival and an award ceremony known as the “Oscars of the Club Scene”. The audience votes for the best DJ, best club and the best festival. The event, which is in its 18th year now, takes place at the Paradiso – one of the most popular clubs in the city.

Cinedans. 12 – 16 March 2014
Cinedans is an exciting international dance film festival which includes a vast array of things to see and to do: short and full-length films, installations, workshops, lectures, debates etc. Approximately 60 films from all over the world will be demonstrated at the Cinedans this year. That’s a cool way to get acquainted with the genre of a dance film which combines two popular artistic forms. The event takes place at the EYE Filmmuseum. 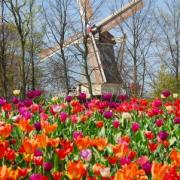 Tulip Show and other events at the Keukenhof Garden. 20 – 25 March 2014
Even though the Keukenhof Garden is located not in Amsterdam but in Lisse, our good advice for you is not to miss this feast of colours, fragrances and beauty, which starts in the end of March. The world’s largest flower garden, Keukenhof covers the space of over 32 hectares occupied by beautiful tulips, daffodils and hyacinths. There are various exhibitions, shows and activities organized at the garden throughout the season. For example, on March 20th – 25th, 2014 you can visit the Tulip Show.

The best way to get to the Keukenhof Garden is by a Connexxion bus from the city centre (Centraal Station) or from Schiphol airport. Some hotels also occasionally offer packages that include a visit to the Keukenhof. For example, last year Hotel Okura offered a Keukenhof Flower Package that included accommodation, breakfast and transportation to the Garden. More information about the 2014 package is to come.

Hotels near the Centraal Station:

Chocoa Festival. 29 – 30 March 2014
The Chocoa Festival is a real magnet for those with a sweet tooth and for the choco-addicts. The two-day event at the Het Scheepvaartmuseum (the National Maritime Museum) focuses fully on chocolate, best chocolate makers, flavours (did you know that there are nearly 700 of them?), production, activities for children such as chocolate-drawing and more. Of course, chocolate tasting is included in the programme.

Hotels near the Het Scheepvaartmuseum:

Titanic: The Artifact Exhibition. Until May 11th, 2014
You won’t get any closer to the famous ship, the “unsinkable” Titanic, and its tragic story, than at the exhibition running at the Amsterdam EXPO until mid-May. Visitors will discover artifacts brought from the Titanic’s wreck site, including jewellery, clothes, letters and other personal belongings which get you acquainted with the ship’s passengers and its crew. Learn more about the ship itself and the events that happened that terrible night.

Hotels near the Amsterdam EXPO: