Hurry up to catch the last rays of warm summer sun and enjoy the most intriguing outdoor events in Amsterdam this summer! In August, the event calendar of Amsterdam is mainly focused on cultural events, cinema and music. Get some rest from standard sightseeing and discover the latest cultural tendencies while visiting Amsterdam. 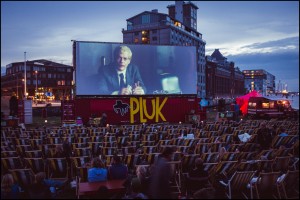 Pluk de Nacht. 1 August – 31 August 2015. Stenen Hoofd
First organized in 2003, Pluk de Nacht (translated as Seize the Night) has grown into the largest outdoor cinema event in Amsterdam. And the combination of impressive outdoor facilities, the choice of mind-broadening screenings and captivating atmosphere makes this event a true magnet for film buffs from around the world. The event programme includes films that haven’t yet been acquired by Dutch (and, we bet, most of the international) distributors. And that makes it so special! Because the unseen doesn’t mean bad. National and international short films, feature films, documentary and animation films are scored in English or at least with English subtitles, so the language barrier is not a problem. The films are projected on large screens that are installed in the idyllic waterside location of the Stenen Hoofd pier. There are also indoor facilities to host festival guests in case of bad weather. Admission is free.

Appelsap Fresh Music Festival. 8 August 2015. Flevopark
Appelsap (the “Apple Juice”) is the “freshest” of all the August events in Amsterdam, as it is associated with everything fresh, both literally and figuratively speaking. Fresh names of the hip-hop and electronic music world, fresh food, drinks and the fresh air of Flevopark are the main festival components. The event itself is, surprisingly, not that young: it dates back to 2000 and celebrates its 15th anniversary this year. The line-up includes both local and international singers, musicians and DJs. This year they are: Mobb Deep (USA), Adje (the Netherlands), Esta (USA), Sango (USA), Skepta (GB)… A total of more than 35 performers! The tickets are quickly sold out, so hurry up to make your decision. Pre-ordered tickets are, as usually, cheaper. Standard ticket:  €32.50. 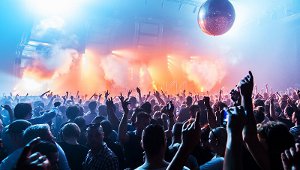 Loveland Festival. 8 August 2015. Sloterpark
Loveland is the late-summer dance festival included in every clubber’s must-visit list. The day-long event, organized on the beautiful grounds of Sloterpark, will host 6 stages and a number of sets by the world-known DJs. 35 performers will be there to fill your hearts and souls with dance rhythms. Agoria (France), Deetron (Switzerland), Ian O’Donovan (Ireland), Michael Mayer (Germany) and Prunk (the Netherlands) are among those. A great way to discover the international DJ scene it is! Ticket price:  €47.50. Sloterpark is a vast green park in the Nieuw-West borough of Amsterdam.

World Cinema Amsterdam. 14 August 2015 – 23 August 2015. Rialto cinema and other locations
The name of this festival speaks for itself. World Cinema Amsterdam is not just another movie fest, but a great event that demonstrates the richness of international cinematography. Traditionally, the focus of the festival is Asian, African and Latin American films, including short and feature-length creations. The best of the world cinema comes to Rialto and some other festival locations (both indoor and outdoor), including Marie Heinekenplein, the Vondelpark Open Air Theatre and De Balie. Those with a serious interest in film industry are also invited to numerous master classes, workshops, discussions and debates. Check the full event programme at the festival site soon. 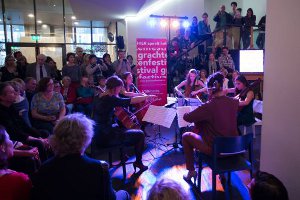 Grachtenfestival Amsterdam. 14 – 23 August 2015. Various locations along the canals
Grachtenfestival (the Canal Festival) is by far one of the most popular and scenic summer music events in Amsterdam. It imbibes both the soothing sounds of classical music and the historic atmosphere of its locations along the city canals. Performances by the new talents and up-and-coming musicians make the most important part of the festival. At the same time, there is some space for established names, or partnerships of the first and the latter ones. Each event is thought over thoroughly and has a certain theme behind it, making the festival impressive, scenic and educational at the same time. It comes as no surprise that Grachtenfestival has seen as much as 60 thousand visitors during its latest edition in 2014. Youngsters, toddlers and even babies are warmly welcomed at the Junior Grachtenfestival section. For full list of event locations, please see the Grachtenfestival site.

Hotels by the central Amsterdam canals:

Sail Amsterdam. 18 – 23 August 2015. Piet Heinkade
If you’re the kind of person who makes some investigation about the place before visiting it, there is no need to tell you about the importance of maritime trade for Amsterdam. Celebrating the grandiose maritime and naval history of the Netherlands, Sail Amsterdam is one of the most picturesque and highly visited events in the city. Thousands of travelers and locals gather along the River IJ to see the fleet of tall ships from around the world arrive at Amsterdam’s Eastern harbor. As soon as they moor, each and every guest can visit the ships for free. Sail Amsterdam is a kind of event you don’t see every day – at least because it’s held only once in five years. Be the one to visit this remarkable fest of grandeur! Numerous smaller themed events are organized as part of the festival, including cannon salutes, a naval pageant and more.

Hotels near the IJ:

Uitmarkt. 28 - 30 August 2015. Museumplein
Amsterdam will definitely be crowded at the end of August. Because there is one more event that brings thousands of tourists to the city – Uitmarkt. The largest cultural market in Amsterdam, Uitmarkt pays tribute to every kind of cultural genre, from music to theatre, from painting to literature. And with the number of performances reaching almost 450, it is surely a decent beginning for the new cultural season. 2 thousand artists will demonstrate their talents and skills to the audience. Almost 30 venues around the Museumplein and the Leidseplein (the very heart of Amsterdam cultural life) are involved. And, what’s more, admission to all the events is free! No use for listing all the participants – just go and check for yourself!

Voltt Loves Summer. 29 August 2015. NDSM Wharf
If you’re a techno soul and a clubbing monster, Voltt Loves Summer is your perfect ending of a summer season. The picturesque background of the NDSM Wharf, the variety of music genres and rhythms plus delicious food create warm memories about the summer of 2015. To sum it up, Voltt sets a good mood that will help you overcome Autumn and Winter. The festival line-up is pretty impressive and includes a total of more than 40 local and international participants. Mind that it’s also the event’s 10th year in 2015. Tickets: €42.50