What is on in Amsterdam: best February events

What is on in Amsterdam: best February events

With such a rich cultural background and a blend of classical sightseeing, bustling nightlife and creative attitude to everything connected with art, it comes as no surprise that there’s always something interesting happening in Amsterdam. In fact, any tourist will find entertainment for himself here. If you’re going to the city this February and plan a more varied programme than just visiting the main sights, we suggest you the list of the most important events taking place in Amsterdam during the last winter month.

What’s on in Amsterdam this February 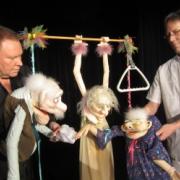 The Pop Arts Festival isn’t connected with the artistic movement of the 1950s, but is actually an event in the world of puppet and object theatre. This form of art originates from the ancient times and attracts visitors of all ages, from children to elderly people. The Pop Arts Festival in Amsterdam, in its fifth year now, brings together groups of artists from various countries, including Great Britain, Spain, Belgium, Italy, Israel and of course the hosting country, the Netherlands. The festival programme includes puppet shows, vaudeville acts, master classes and much more. There are three festival locations to attend: Theater Bellevue, De Krakeling and Ostadetheater.

A great percentage of travelers arrive to Amsterdam to enjoy its music scene. And for those, the Cross-Linx Festival is the number one event. This travelling festival with stops in Rotterdam, Amsterdam, Eindhoven and Groningen invites you to discover the curious mixture of genres: avant-garde music and classical music, Indie rock and others. This year’s main festival participants are Patrick Wolf, Olafur Arnalds, Jose Gonzales, philharmonie zuid Nederland, Lubomyr Melnyk and many others. The festival’s locations in Amsterdam are Paradiso and People’s Place. Don’t miss the Music Mining part – a festival within the festival, with performances at unexpected venues.

Hotels near Paradiso and People’s Place: 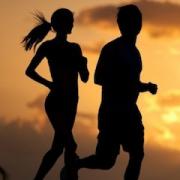 St. Valentine’s Day is definitely the most important February event. Everyone gets crazy about weddings, proposals, romantic dinners and other things of the kind. If you’ve chosen Amsterdam for your romantic trip, why not spend this love day in a more out-of-the-ordinary way? For example, running a 5 km track in the city’s most famous and perhaps the most romantic park – the Vondelpark. By the way, the run is organized not only for couples, but also for singles looking for their second half. Each participant will be given a special strap pointing to his status. The race kicks off at 8 pm, but there will also be some romantic activities organized before and after the run. Please register at the Valentijnsloop site I you want to participate.

If you’re young and ready to dance the night away, you’ve got a lot more alternatives to standard Valentine’s Day celebrations like a romantic dinner. And one of those is a visit to the Melkweg – one of the best known nightclub venues in Amsterdam. This year there are two outstanding events taking place at the club on February 14th. The older couples can attend the evening Gary Numan concert at the Melkweg. The younger sleepless lovers are invited to the Lovebirds event featuring hip hop, funk, jazz, soul, r&b, disco and house performances.

Hotels by the Melkweg:

Continue dancing your feet off the following day after St. Valentine’s at the Wonderland Festival – one of the craziest dancing events of the month. The event’s taking place at three different spots: Westergasfabriek’s Tranformatorhuis, Westerunie and Westerliefde, all in the Westerpark area. But this night the venues will turn into the scenes of action from the well-known book, changing their names to “The Rabbit Hole”, “The House of Cards” and “A Mad Tea Party”. Enjoy techno acts, lots of music and extraordinary atmosphere!

Apart from tulips, cheese, hemp smoking and the Red Light District there is one more thing that the Netherlands, and Amsterdam in particular, are known for: Heineken beer. Many beer-lovers who come to Amsterdam visit the brewery to see how their favourite drink is produced. But it’s not only international beer brand that the name of Gerard Adriaan Heineken is connected with. In fact, this person has done a lot for the prosperity of the city, including improvement of workers’ housing and promotion of art. To learn more about the part that Gerard Heineken played in history of Amsterdam, visit the exhibition “Heineken’s Amsterdam” at the Amsterdam’s City Archives (Stadsarchief Amsterdam).

Hotels near the Stadsarchief Amsterdam: 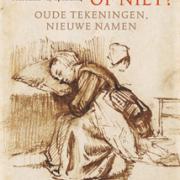 Classic Dutch art includes a number of prominent names, but Rembrandt is probably one of the best known ones. Art fans are undoubtedly familiar with works by the master which are displayed at museums around the world. But how do we know that these paintings were really created by Rembrandt? What are the particular features that unite all of them and characterize the master’s manner? Learn this from the exhibition “Old Drawings, New Names” at the Rembrandt House Museum (Rembrandthuis). The exhibition features 60 drawings by Rembrandt, his pupils and contemporaries and throws the light on research methods implemented by art specialists, particularly Peter Schatborn, the expert in Rembrandt’s drawings.