5 tempting offers for those who celebrate Christmas in Amsterdam

5 tempting offers for those who celebrate Christmas in Amsterdam 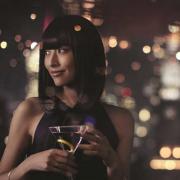 Winter is already at our doorsteps. Christmas will also be here pretty soon, even “before you can say Jack Robinson”. Have you already decided where to spend these Christmas holidays? Many magic moments are waiting for those who chose Amsterdam for their winter festivities. The city turns colourful and brightens up with thousands of lights. Besides, its numerous markets are the perfect places to buy presents for your nearest and dearest ones. Amsterdam hotels have also prepared Christmas and New Year surprises to their guests. Festive dinners, gifts, bonuses and unusual surprises are waiting for those who choose the following Christmas packages.

Holiday Season Package at Moevenpick Amsterdam City Centre 4*. From €284
Due to its stunning location, Moevenpick hotel is the perfect starting point to discover Amsterdam from water. Almost all of the hotel rooms face the IJ bay, plus, the Centraal Station – the main transport hub of the city, is just a short ride from here. During the Christmas season there is also a Light Festival taking place in Amsterdam (6 December 2013 – 19 January 2014). The Canal parade is a part of the festival. And if you want to participate in this one, there is no better place to start with than Moevenpick.

New Year in Japanese style at Hotel Okura 5*. From €298
It’s not a big surprise that in Japan they celebrate the New Year in a different way. How? Hotel Okura, the Amsterdam marvel that boasts 2 Michelin-starred restaurants and a bar at the 23rd floor, will tell you about this. The hotel has Japanese roots and an ambience that combines Western facilities with Eastern style. The New Year’s party at Okura will correspond to the Japanese traditions. The lucky ones who book the Oshogatsu package will have an experience they won’t forget.

Christmas package at Hilton Amsterdam 5*. From €189
Celebrate your Christmas in the atmosphere of luxury with Hilton Amsterdam hotel. Its waterside location guarantees unforgettable views on the Christmas Amsterdam while the history behind its walls will make you feel a part of something grand. Yes, it was here that John Lennon and Yoko Ono has their 1969 bed-in for peace. The Christmas offer at Hilton is available for two days only, from 25th till 26th of December 2013. Hurry up!

Special Christmas rates at Conservatorium 5*. From €295
Conservatorium is a historic Amsterdam hotel that benefits from several things: the historic building that housed Sweelinck Conservatory of Music and location in the Museum district, minutes from the most highly visited Amsterdam museums: The Rijksmuseum, the Van Gogh Museum, the Stedelijk Museum, and the Royal Concertgebouw. The hotel also houses the Akasha Holistic Centre which spans over 1000 sq.meters and is the paradise for every exhausted soul.

For this Christmas, the hotel has prepared you a limited December offer – Deluxe Room accommodation for €295, including breakfast. Normally rates start from approx. €336.